Kids, these miniature human beings, posses a greater power than most of us realize. They see the world in a different light, and attach meanings to incidents and people, in a way grown-ups cease to understand. They imagine things, and believe in the things they imagine.

Their cuteness and perspective of the world is so refreshing, and to portray a film through their perspective takes a lot of talent. To adapt a movie into their style of thinking is only really clever.

Here are some of the best movies that the Kid in you should never miss.

Manjadikuru is Anjali Menon’s directorial debut. The movie begins with a family reunion following Vicky’s grandfather’s death. The extended family spends almost two weeks together, and it’s the longest they had to spend with each other in quite a while. Some broken ties, unhealed wounds and reconciliations take place during this time. We see life through Vicky’s eyes and surprisingly the whole mundane world looks so different from a child perspective. With an interesting plot and superb cinematography, this movie not just gives a refreshing feel, it’s sure to give some viewers a dose of nostalgia too.

This movie is India’s first 3-D movie to be released, and has been one of the highest grosser. Produced by Navodaya Appachan, it marked the directorial debut of Jijo Punnoose. It was first released in 1984 and then re-edited and release several times in 1997, 2010 and 2011. It was dubbed and released in Hindi as Chotta Chethan and as Chutti Chathan in Tamil. It portrays KuttiChathan, a mischievous ghost used for black magic being befriended by three little kids. During each release the movie cast became bigger with entrance of Prakash Raj, Urmila Matondkar, Santhanam and so on. It was also the first Malayalam movie to be released in DTS when it hit theaters in 1997.

A beautiful movie, it takes us through the mind of Dasan, the protagonist. Dasan is a kid brought up by his single mother. He is overcome with a yearning to find his father, and writes a letter to an address he believes belongs to his father. The new owner of the address Nandakumar gets the letter, and his daughter secretly replies to Dasan’s letters posing as his father. By a twist of fate Nandakumar finally meets Dasan and decides to take care of Dasan stepping in as a father he never had. 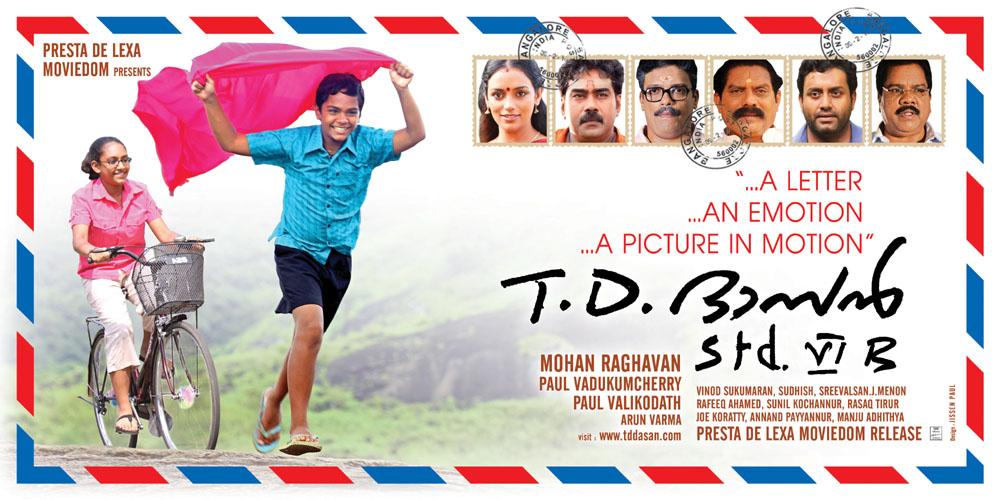 This movie was released in 2000, and it is a must watch. The three kids who portray the main characters are simply lovable. Rohan and Meera struggle to reunite their estranged parents. Monappan is an orphan who is a friend to both the kids. Monappan longs for a family of his own. After many attempts by the kids, Monappan directly intervenes to unite the family. 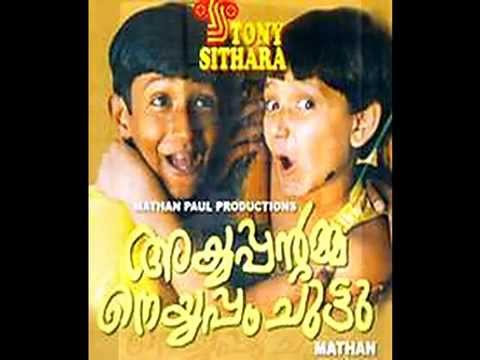 5. Philips And The Monkey Pen

Ryan is a smart kid, but he just cannot tackle his enemy – ‘Maths’. With a teacher who believes punishment can coax a student to do well in studies, Ryan keeps searching for plans to escape the dreads of this subject. He chances upon a mysterious ‘Monkey Pen’ and finds out that the pen can complete his homework for him. We finally find out that it was a clever intervention from his seemingly nonchalant dad. Fun with a pinch of philosophy, the movie is a good watch for kids. Few extra points for message ‘Truth is not bitter; Lies are just a lot sweeter’.

This movie has Anna Fathima and Shambavi portraying the little girls of the movie. Both Achu and Anagha are from different backgrounds, but they are thick friends. While one is brought up to be coy and feminine, the other is taught to be independent. Their friends build up an image of the city and malls in the city, and they dream to see it. One day they decide to take the plunge and bunk their class to go to the city mall. An incident that happens here changes their life forever and part ways. Amala Paul, Tovino and Anju Kurien appear as cameo. The movie passes on a message that is socially relevant, and throws light on issues faced by young girls.  Anna Fathima bagged the State award for her performance in the movie.

The movie bagged National and State Awards in the category for Children’s film. Though the movie is a bit slow paced the storyline is interesting. Keshu is a deaf and dumb boy brought up by his Uncle. He is a menace in the village and spares no one with his pranks. Into his life enters an art teacher who puts up with his mischief. Slowly Keshu grows fond of her and the teacher guides him into art and brings a change in his nature. It all comes to a tragic end when the teacher has to leave the village for her wedding. Keshu is mentally shaken. For him, perhaps he was slowly discovering a parental love that was missing in his life.

This partially animated movie released in 1993. It was released along with some other highly successful commercial movies, and O’Faby never received the attention it ought to have bagged. O’Faby is the first Asian film to have an animated character play the lead role alongside live actors. It attracted media attention for this reason, but was not a commercial success. It features the lovely relation between the kid Sandy and the animated character Faby.
As far as Malayalam film is considered, the movie marks a milestone in history.

Rosshen Andrew’s new movie hits the silver screen soon. The lucky script writer duo Bobby and Sanjay wield the pen. The movie has Kunchack Bobban donning the central character SI Gopakumar. Jayasurya and Aparna Gopinath plays Joseph and Aparna living with their kids Angelina and Ajoy. This family gets their lives complicated by the introduction of certain people and this forms the crux of the plot. The kids are played by Angelina Rosshen, who is Rosshen Andrew’s daughter and Ajoy is played by Akash, son of cinematographer  C K Muraleedharan. The plot of the movie is based on a real life incident.

Now here is a movie we should definitely look forward for.

Disclaimer: The opinions expressed within this article are the personal opinions of the author. The article do not reflect the views of Filmelon. Filmelon does not assume any responsibility or liability for the same.
About The Author

YOU MAY ALSO READ THESE :

Campus On Screen - Timeline and Trends of Popular Malayalam Campus Movies
Campus movies become huge successes because the youth sees their own selves in the characters on screen, and for the older generation it is often a trip down the memory lane. Malayalam movies have ... Read more

Cut From Life: A Look Into Successful Indian Biopics
Biopics take us into the lives of our icons, heroes and personalities we know. We must have grown up hearing their names, known their high times of success, seen them fall- to get up and come back ... Read more

A Punch In Time: Best Interval Punches In Malayalam Cinema
There is nothing more satisfying than our favorite heroes rocking the silver screen. Their punch dialogues gets etched into our minds, and have a harder impact than there dishyum dishyum on screen.... Read more

Aanandam Spreads Euphoria: Tune Into Aanandam Official Jukebox
Happy and Vibrant. Just like the title of the movie proclaims. Giving Aanandam and just sheer Aanandam to all. This is the first thought that comes to your mind when you listen to the tracks of Aan... Read more

Breaking The Stereotypes - Actors Who Displayed Surprising Transitions
Some of the finest actors in the industry can be seen in comic roles. We often state this, but forget it soon. Yet, when an actor who always made us laugh shift to serious character roles, we are l... Read more

Priyadarshan – A Name Which Is A Brand By Itself
Few filmmakers get the privilege of such brand-making in this industry, and unarguably Priyadarshan movies are looked at with abnormally high expectations, and come success or failure, the brand na... Read more