Nota is an upcoming Tamil Political Thriller film directed by Anand Shankar. It stars Vijay Deverakonda and Mehreen Pirzada in the lead roles. It is directed by Anand Shankar and Produced by Studio Green banner while Sam C.S. scored music for this movie. The makers of the movie are planning for a October 4, 2018 release. The sneak peek trailer of the film released on 5 September and gained all attention for the theatrical trailer .Theatrical trailer released on 6th September. 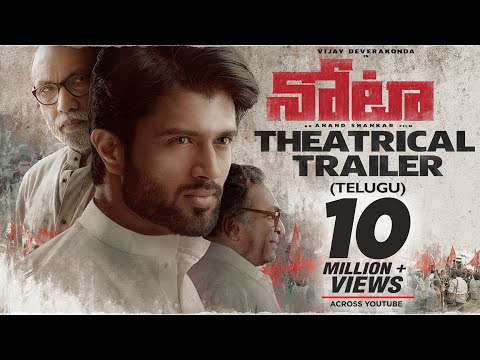